Junior at UMW majoring in communications and digital studies. Hobbies include watching sports and many movies and tv shows. Enjoys eating bananas and oranges. Intern at Blank Rome. Diehard Yankees fan. From DC, lives in NOVA.

A freshman at University of Mary Washington, majoring in Film and Communication and Digital Studies. His hobbies include poetry, screenwriting, film, exercise and continuing the legacy of his rivalry with his younger sister. He has a top 10 list of favorite films which the world needs to know, in addition to a lot of blu-ray. He also happens to be a self-proclaimed expert on all things pop culture, from anime phenomena to numerous, superfluous facts about video games. He possesses a profound dislike for most vegetables and even the mere mention of Episode II and VIII of the Star Wars saga. However, his love for writing, making and critiquing films are commensurate and he is definitely in the mood to make waves in Digital Media Studio and later the film industry, as a script writer and cinematographer.

Yenevi Garcia is a junior majoring in Business Administration at UMW. She enjoys watching Netflix, spending time with friends and family, and loves traveling to NYC. She spends most of her time studying and working.

Cort Daiger is a Senior at Mary Washington and will be Majoring in Studio Arts. He has a hobby of photography, but dislikes being in photos, and making 3d artwork for therapeutic reasons. Cort will also be Minoring in Digital Studies because of his vast interests in technology. 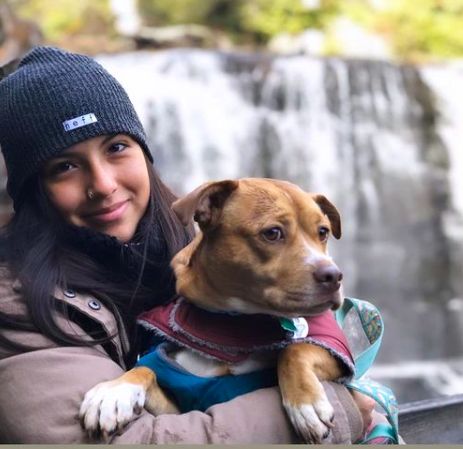 Alissa is a junior at the University of Mary Washington majoring in Spanish and double minoring in Latin American Studies and Digital Studies. Alissa is co-founder of the Andean-Peruvian start-up NuNa Andino. She is passionate about social activism and hopes to continue doing work in related fields. During her free time she loves to do DIYs, try new recipes, and spend time with her loved ones. 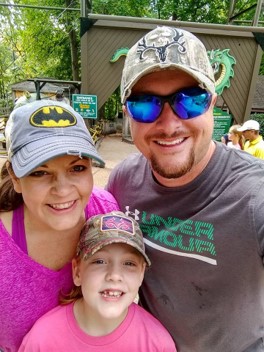 Alison is a Junior at  Mary Washington majoring in Business Management. Alison works as the Digital Marketing Manager for Powell’s Furniture. When she’s not cheering her daughter on in lacrosse and swimming she enjoys crafting and boating with her family. 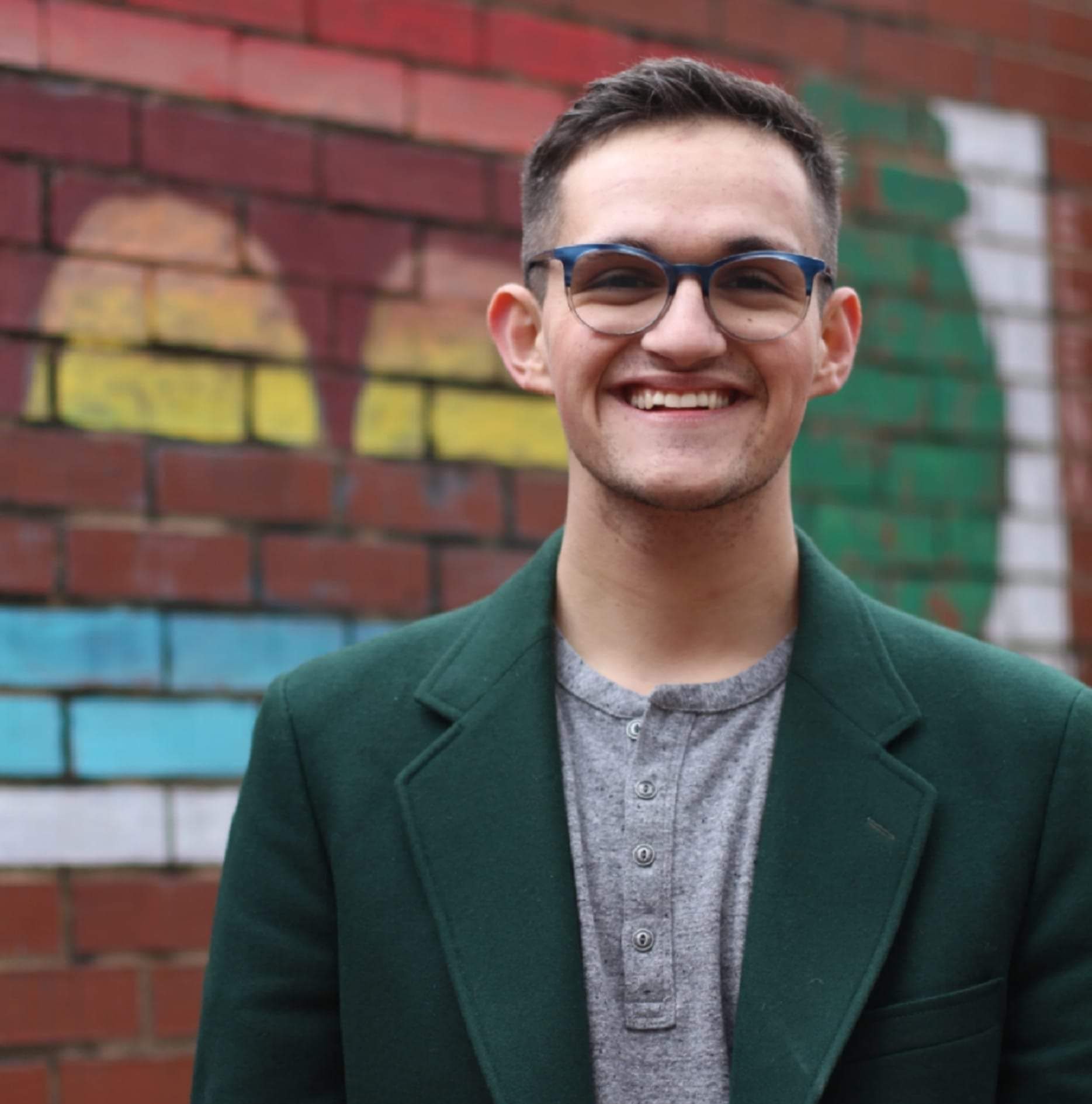 Ben is a senior Theatre major at UMW concentrating in Directing and Sound Design. He is the chair of the student-run black box theatre, Studio 115 and works in the UMW Theatre management office as the Programming Assistant. After graduation, he plans on continuing his career in the theatre industry. Ben likes to spend his free time playing games, going on walks, cooking, and listening to music.

Caitlin is a Junior at  Mary Washington majoring in Communications and Digital Studies. Caitlin works as a Marketing Support Coordinator for the University’s Graduates Office. She is also a member of the UMW Field Hockey team. Caitlin enjoys watching Netflix and hanging with her friends and family. 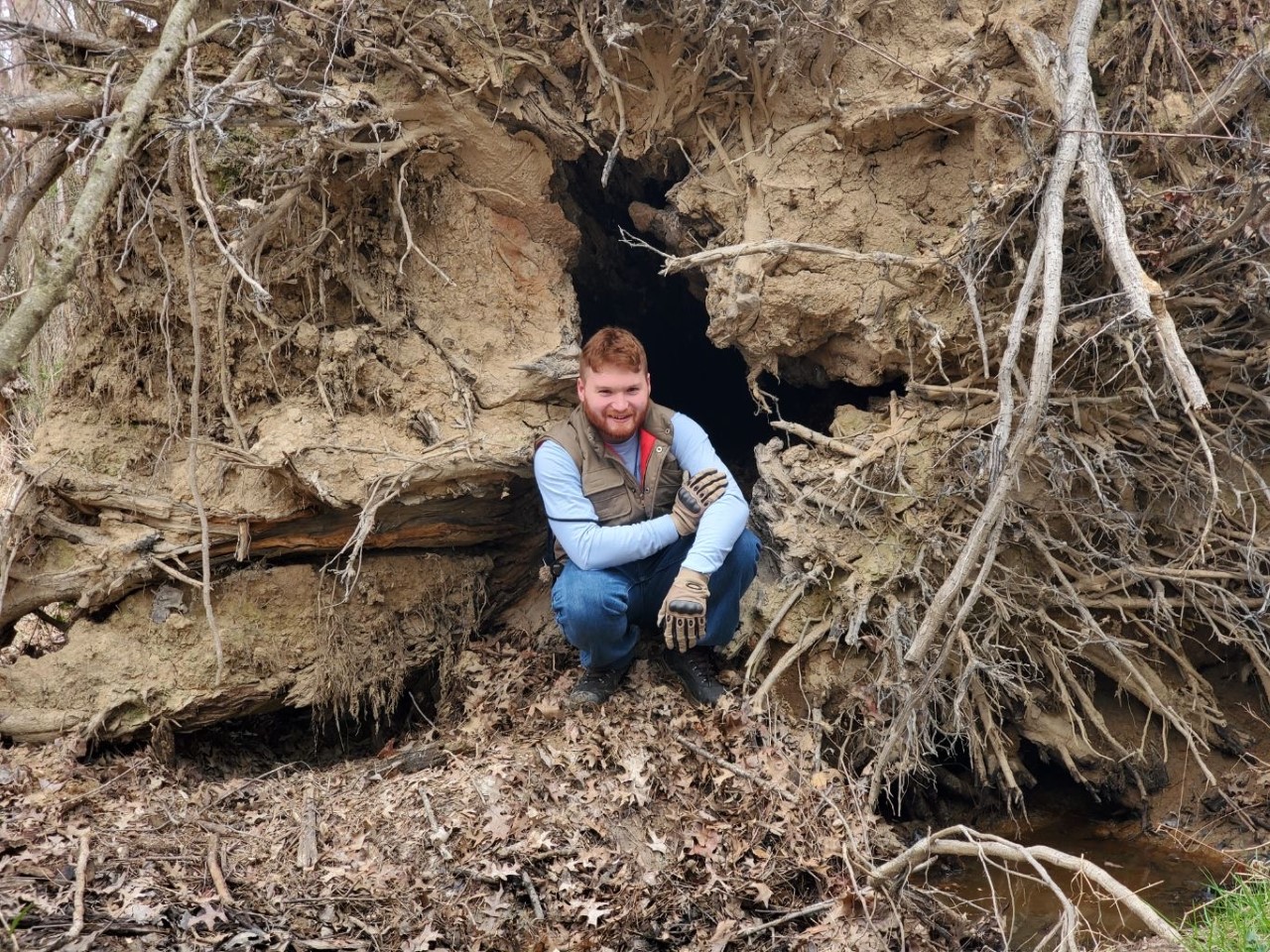 Francis is a Senior studying Communications and Digital Studies. Francis works at his local Target in Merrifield, Va and Interns at Capital Caring Health in Falls Church, VA. During his free time he enjoys spending time with friends and family, cheering on the Washington Capitals, and enjoying the beautiful nature that this earth has hidden away. But he’s never too far away from his Xbox and his Viking Longship in AC Valhalla. 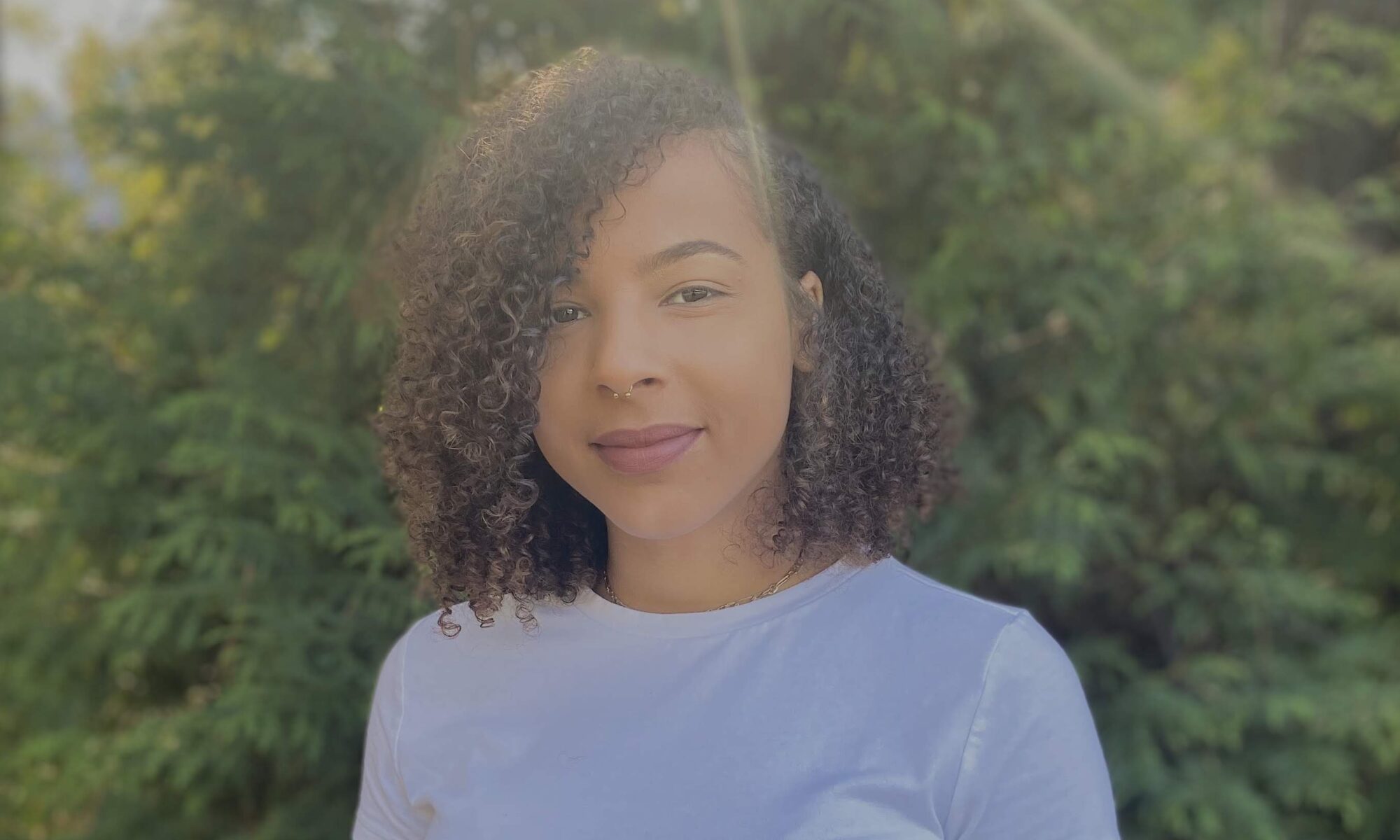 Devin is a senior at UMW anticipating to graduate this Spring. She is majoring in Communications and Digital Studies. After graduating, she plans on finding a job in UX design. When she is not working, you can find her working out, watching Tik Toks, or painting.

Scott is a senior at UMW majoring in Communications and Digital Studies with a minor in Sports Management. Before coming to UMW, Scott played 2 years of collegiate baseball in the cool northern states of Michigan and Pennsylvania. After graduation he plans on finding a job with a professional baseball team in Social Media Marketing or Ballpark Operations. Outside of the classroom you can find him going to the gym, throwing a frisbee around with his teammates or brainstorming new video edits.

Sterling is a junior at UMW hailing from the Richmond area. He is currently majoring in Theatre and CDS, and plans to work in the film industry. He is an avid martial artist, black belt, and huge Bruce Lee fan. When not at school, he can be found playing video games with his cats, Thai and Janie.

Erin is a sophomore at UMW majoring in CDS and minoring in journalism. She works as the ILL Assistant at the Simpson Library, the Social Media Aide for the Honors Program, and is a section editor for the Blue&Gray Press. She intends to become a journalist after college, hoping to travel around the world covering important international issues. Outside of school and work, she enjoys video games, hiking, and couponing!

Jillian is a senior studying Geography and Environmental Sustainability, who somehow found their way into the digital world at UMW. When she is not in class, she works as a peer consultant at the Digital Knowledge Center and sings with BellACappella. Outside of school, you can find them playing the ukulele in a hammock over a bog, making memes for the viral Instagram account @justbogthings.

Josh is a Senior majoring in Geography with a minor in Digital Studies. Originally from South Jersey residing in Northern Virginia, Josh has over 6 years of filming and live production experience. He really enjoys filming sports and has filmed at both the high school and collegiate level for the NJSIAA and NJCAA. In his free time, Josh enjoys driving his car and looking at maps.

Karsen is a Senior at Mary Washington majoring in Communications and Digital Studies. She is also currently working for an interior design company in Fredericksburg, Va doing digital marketing and web design. Originally from Williamsburg, she loves being outside, playing with dogs, and can usually be seen with a camera in her hand. 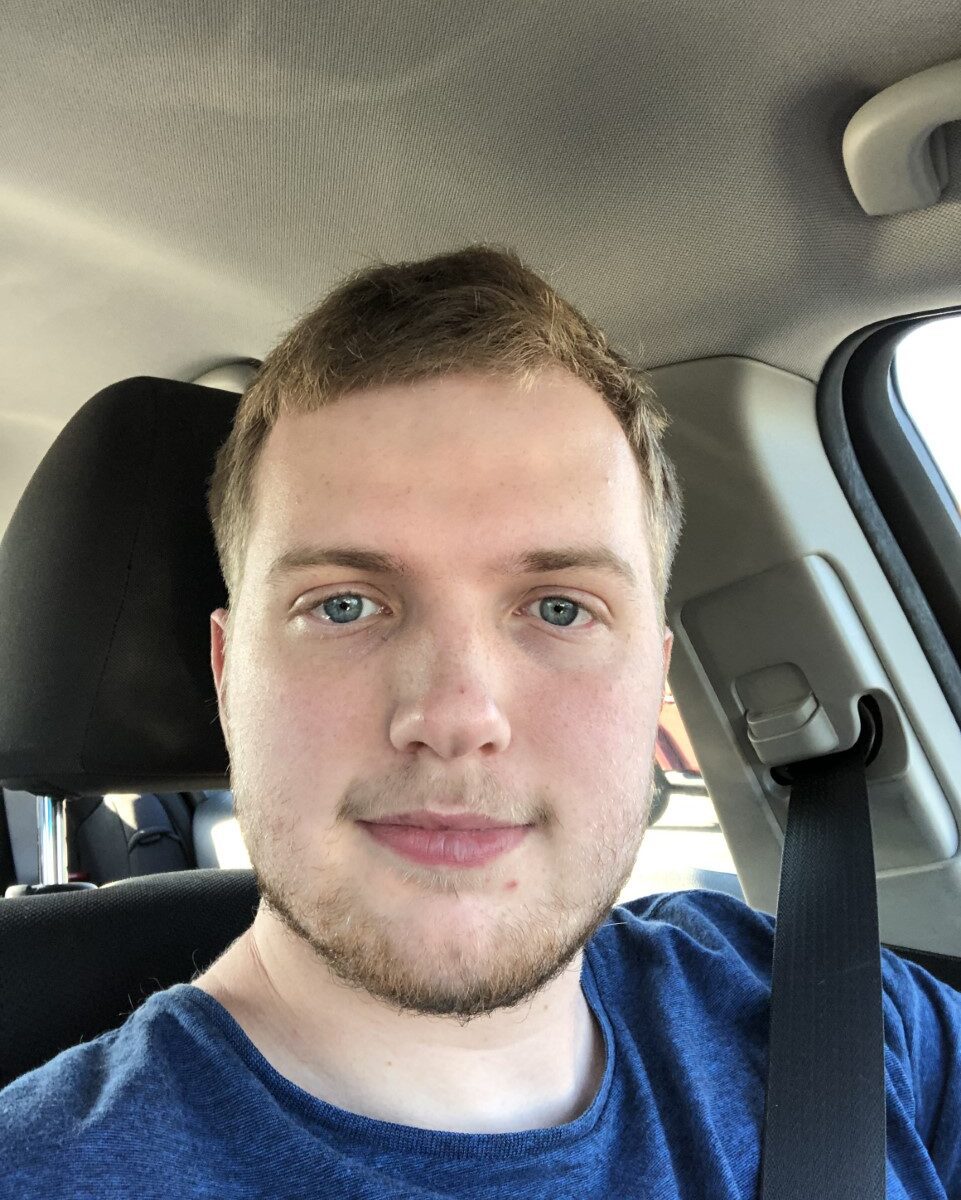 Ben is a Junior at UMW majoring in Communications and Digital Studies. He enjoys books, video games, and political discussions. Outside of class he can usually be found in the library working on his assignments.